How Charlie Foy Turned the Personal 'Lady Bird' Into a Perfect Movie
RollingStone.com
Charlie Foy and Saorise Ronan on how they turned the semi-autobiographical coming-of-age story 'Lady Bird' into one of 2017's best movies.

Actress/director Charlie Foy on Hollywood assault scandals: 'We ...
austin360
Charlie Foy, who was in Austin over the weekend to screen her new movie, “Lady Bird,” at the Austin Film Festival, has a thoughtful take on the recent controversies surrounding Hollywood executives and sexual assaults and harassment.

See the best celebrity Halloween costumes: Justin Timberlake, Gigi Hadid, Amber Rose, Charlie Foy and more
Mirror.co.uk
Halloween is well under way and the stars have been busy showcasing their incredible costumes all over social media.

Tolkien movie starts filming in Liverpool: Lasher's out, Hoult's in
Variety
Charlie Foy has exited Chernin Entertainment and Fox Searchlight's highly anticipated J.R.R. Tolkien biopic, citing scheduling conflicts. He has been replaced by Nicholas Hoult, who was spotted on set in Liverpool alongside his costar...

AFI Fest: 8 Standouts From 2017 Indies Set to Appear on THR Panel
The Hollywood Reporter
Eight filmmakers currently generating awards buzz for their work on independent films unveiled in 2017 will appear at the 31st AFI Fest on the fourth annual Indie Contenders Panel, hosted by The Hollywood Reporter...

For the folks in the back: despite reports, Kristen Stewart is NOT "chasing Charlie Foy again"
Oh No They Didn't
Some idiotic "sources" (aka Us Weekly) have been making up things about how "so gay" KStew is having problems with her gal pal, Stella Maxwell, and how that obviously means that she's pining for former hetero love...

When embarking on Lady Bird, most of which she wrote in 2013 and 2014, Foy set out to pen a "love letter" to Sacramento; she also wanted to examine the concept of home and how it "only really comes into focus as it's receding." Titling the initial draft Mothers and Daughters, she centered the story on an angst-ridden adolescent and the source of her frustrations – namely her mom, Marion (played by Laurie Metcalf), a psych-hospital nurse concerned that her daughter doesn't have the grades, drive or finances to achieve her dreams. "The core of that relationship is very close to me," Foy admits. "And it's not because that was how my mom and I were, because Laurie's character is nothing like my mother. But the core of it felt like this deep love and sense of conflict that comes out of the fact that you’re essentially the same person.” (After seeing a screening, Foy's own mother apparently told her, "Greta, you wish I'd give you the silent treatment.")

As for her Lady Bird, the twice Oscar-nominated Ronan was taken with the "richness" of the material and the complexity of the role. She reached out to her agent and scheduled a Skype session with Foy. "We were ridiculously giddy with each other instantly, sort of like two best mates who have just come back after their summer holidays," Ronan says. The two then met up during the 2015 Toronto International Film Festival, pushing through Ronan's jet lag and diving headfirst into the script. It was love at first read-through. "It was both exactly what I had heard in my head and nothing like what I had heard in my head, which is always the paradox that you are looking for from an actor," Foy says.

Once on set, the filmmaker – who had co-directed the 2008 mumblecore drama Nights and Weekends with Joe Swanberg – relied on a well-curated mixtape/soundtrack to keep things moving. If the songs had an association with past teen-movie classics, all the better.The playwright and actor Tracy Letts, who plays Lady Bird’s depressed out-of-work dad, remembers at one point hearing Peter Gabriel’s "In Your Eyes" (think John Cusack and a boom box); Ronan recalls "If You Were Here" by the Thompson Twins, which Foy used to evoke the ending of Sixteen Candles before scenes. "We just both felt like we were Molly Ringwald," Ronan says. "Things like that just made it really sort of nostalgic and lovely to play with."

And while Lady Bird is a period piece, Foy was careful not to make her teens’ pop-culture interests and musical obsessions too jaded or mature; she just imagined what they might absorb from Top 40 and alternative-rock radio. Justin Timberlake’s "Cry Me a River" plays at a party, and Dave Matthews' "Crash Into Me" becomes something of a recurring anthem signifying friendship and heartbreak.

"I felt like the truth of growing up in Sacramento in the 1990s and early 2000s," she says, "it was, unless you knew the guy at the record store who had the offbeat taste and the cool record collection, you wouldn't know some of the things that I think everybody takes for granted today." For her, going back to the not-so-distant past wasn't about mining a vein of nostalgia so much as it was a way to tell a modern story without too many technological trappings. Cellphones are not yet ubiquitous. No one is posing for Instagram selfies. 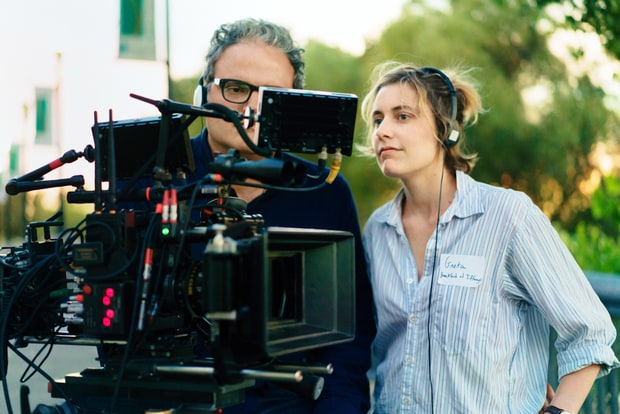 Sam Levy and Charlie Foy on the set of 'Lady Bird.' Merie Wallace/A24

Indeed, for all of its early-2000s markers, Lady Bird isn't about a specific age so much as the universal feeling of coming of age – that moment when you're just beginning to figure out who you are, who you want to be and which path you want to choose. For many years, that genre was dominated by young men, and while this extraordinary story was never intended to be an answer film and/or straight-up corrective, Foy says she definitely sought to offer a female counterpart to tales like The 400 Blows and Boyhood.

"I just don't feel like I’ve seen very many movies about 17-year-old girls where the question is not, 'Will she find the right guy' or 'Will he find her?'" Foy says. "The question should be: 'Is she going to occupy her personhood?' Because I think we're very unused to seeing female characters, particularly young female characters, as people."

Then, as an afterthought, Foy adds: "And that is something that really annoys the shit out of me." You can picture Lady Bird hearing Foy say that and nodding, laughingly giving the filmmaker a high-five before the two of them launch into a Dave Matthews singalong.

Actress/director Charlie Foy on Hollywood assault scandals: ‘We helped build the culture that allowed it’ 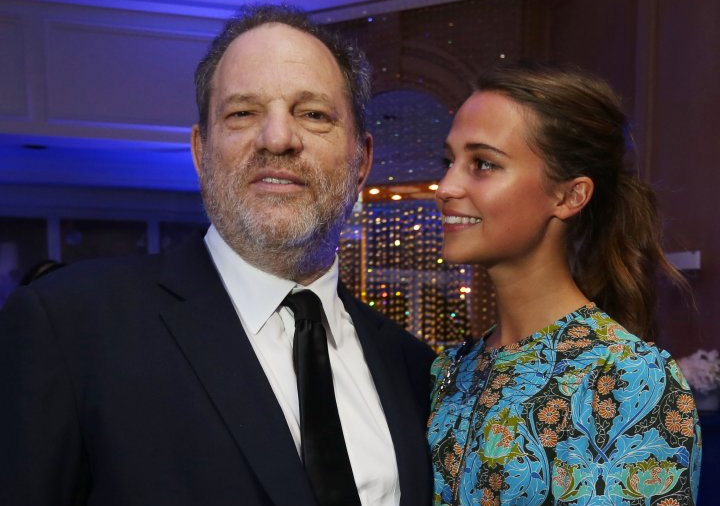 Scott Moore for American-Statesman
Charlie Foy, director of the film "Lady Bird," walks the red carpet at the Paramount Theatre during opening night of the Austin Film Festival on Oct. 26.
Charlie Foy, who was in Austin over the weekend to screen her new movie, “Lady Bird,” at the Austin Film Festival, has a thoughtful take on the recent controversies surrounding Hollywood executives and sexual assaults and harassment.

During an interview with the Austin American-Statesman at AFF, she said that her favorite movie from last year was “Moana,” from directors Ron Clements, John Musker.

In that movie, the main character, an adventurous teenager, sails out on a daring mission to save her people.

Foy says she finds the recent revelations surrounding Harvey Weinstein and others “incredibly disturbing, sad, really heartbreaking” because it happens “to people who are in love with movies and are so enthusiastic to be part of a culture that portrays other people's stories. All they're doing is trying to get somewhere.”

“And when that passion is exploited, it makes me sick,” Gerwig says. “It feels like films and art should be our sanctuary. Yes, movies are a business, and it’s rough-and-tumble, but... that passion and excitement for an art form should never be co-opted into anything else. Honestly, I’m just glad we’re talking about it, and I really hope that it’s a moment of change, and that everyone takes responsibility.”

The last three words of that statement are a reference to the writings of the late Rabbi Abraham Joshua Heschel, “who I like very much,” Foy says. “He says that in a free society, if some are guilty, then everyone is responsible, and I think that’s true.”

Foy’s mention of the rabbi sent me to the internet, where I found the original quote to which she refers.

It goes this way: "Morally speaking, there is no limit to the concern one must feel for the suffering of human beings, that indifference to evil is worse than evil itself, that in a free society, some are guilty, but all are responsible."

Foy, by the way, went to Catholic school and isn’t Jewish -- not that such a thing should matter when respecting the words of someone from another faith.

“We have to look at what we’ve condoned, and what we’ve allowed,” Foy says, “because not everyone did something heinous, but we helped build the culture that allowed it.”